Your hub for anything Kayo

The staff wishes you a pleasant stay!

THE MANIFESTATION OF FATE 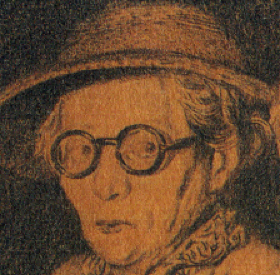 TRUTH OF THE UNIVERSE

THE DIMENSIONALITY OF LIFE IS ABSOLUTE. THE ALCHEMY OF BREATHING INFUSED BRAIN ROT.

What does it all mean?

Sugiyama Kiyotaka started off with the band as the lead vocals and stayed with the band until 1986, releasing 5 albums in the band's time.

1986 Omega Tribe births the first appearance of Carlos Toshiki in the band. His most notable hit, Kimi wa 1000% was the band's debut single. In the band's time 2 albums were released.

After one of the guitarists leaving the band, and Joey McCoy joining in, the band is renamed to Carlos Toshiki & Omega Tribe. Their biggest hit was アクアマリンのままでいて. In their time 4 albums were released.

An interesting note is that the band continued after 1991, but in a very minor form with no more hits. Sugiyama Kiyotaka and Carlos Toshiki continued in solo careers after leaving the band.

Prorecon22 posted in thread I am epic man :

i will update this with stuff about me later

Prorecon22 posted in thread I am epic man :

Lol i am Josh

Prorecon22 posted in thread my name is Eugene :

t*yūjin posted in thread my name is Eugene :

I haven't had the time nor motivation to work on the site as much as I'd like in the past year or so, but I did find the time to do some routine maintenance. What this actually means is that now that pesky "unsafe connection" won't appear for another year (at least), and the mail server is up and running again! If any of you have unverified accounts, you can request a new verification email from your profile page. If this doesn't work for whatever reason, let me know!

Due to a serious technical issue, the database has been rolled back to a backup from 2020-04-03. I'm sorry for the inconvenience, but there shouldn't be too much data lost.

I'm very sorry to announce that (mostly) due to me being an idiot, the entire database of the site was lost a few weeks back. This means that all the forum posts as well as all the accounts are gone. I can assure you that this won't happen again, and I sincerely apologize.

On the bright side, the scraper should now be working even better, so refilling the archive should be lightning-fast!